When I adopted my Standard Poodle Paula Jean at age 2, she was a bit “sketchy” and not well socialized. Over the summer, I took her to the Agricultural Fair on Martha’s Vineyard, a huge and very popular outdoor event. Just as we were passing a small stage, a band exploded into a Rock song. Paula Jean yelped, leaped 4 ft. in the air, and hit the ground in a dead run, giving me quite a jerk on the leash. Here’s where the “fine line” has to be walked.  I didn’t want to reward and nourish her fear and panic response with hugs, kisses and pity, nor ignore or dismiss her fear and discomfort.  What I needed to do in that moment is acknowledge her terror and give her the support she needed to help her overcome her distress. So I talked to her– not dripping with sympathy, but rather in positive tones. “That was a rather interesting experience.  We love music, yes we do Paula!” I said as we walked purposely slowly away from the music, with me giving her supportive pets while offering her treats, which she refused. When we were about 75 yards from the music, with me still talking, she finally started taking treats, which told me she felt ok at that distance. Then I did a couple of “sit-down-stays” to redirect her attention, getting her to feel good about earning the treats.  I kept playing obedience games with her, but started moving back towards the music. By the time the band was ready for the next break, we were in the front row with PJ not giving a hoot about the music. During their break, I asked each of the band members to give PJ a treat, which she gracefully accepted.

So what’s to do if your dog gets spooked by a sound, object or animal? The solution is as easy as nine words: “been there, done that, seen that, no big deal!” or in one word “socialization.”  I tell people on the Cape and on the Vineyard with new puppies that the “first thing I want you to do is rent a place in Boston and walk Bowser 5 times a day.”  I say it quite seriously, so it takes a minute before they realize I’m being facetious. But the point is made: introduce Bowser to as much of the world as you can so that nothing surprises him. If Bowser’s life is basically the backyard and the house, he’s more likely to have a hard time learning “works and plays well with others.”  He’s more likely to be freaked out by ambulance sirens, an umbrella opening, a truck backfiring, playful kids shrieking, a statue of a stone lion, walking on a dock, or any of the myriad things we take for granted. As you go about exposing Bowser to the vicissitudes of life, the key is to avoid the inadvertent rewarding of the fear response.

The foundation of training a dog is letting him know you like the behavior or don’t, precisely as the behavior is happening. Timing is everything.  You have about 2 seconds to connect the dog to the response you want– “the teaching moment.”  And the key is understanding that dogs read two things and two things only: body language and voice intonation. So if you’re holding Bowser back at the door, telling him “It’s ok” as you’re petting him while he’s aggressing  or jumping at the visitor at the door, it’s classic “Inadvertent Rewarding of Unwanted Behavior.” Bowser’s a lunatic at the door and you want him to stop his presentation but you are making it worse by rewarding the behavior by petting him (body language) and telling him “It’s ok” (voice intonation). So, SOCIALIZE, and when scary stuff jumps out, redirect with positive support, not pity.

Tom Shelby is an expert dog trainer with a specialty in search and rescue dogs and is the author of Dog Training Diaries -Proven Expert Tips & Tricks to Live in Harmony with Your Dog.  Follow Tom on Instagram @DogTrainerDiaries and Twitter @DogTrainerDiary 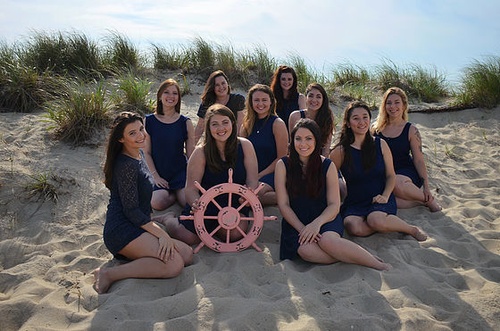 Thanks to the Boston Herald for the great feature on Paw Palooza.

One of Yarmouth’s most popular events, now in its third year, is Agway of Cape Cod’s Paw Palooza, the Cape’s largest dog festival, this year from July 14-15. This extravaganza benefits the Cape’s two largest animal shelters, the MSPCA in Centerville and the Animal Rescue League’s Brewster shelter. The focus is on helping animals — and having fun — as in a radar run to see how fast your dog is (bragging strongly encouraged), puppy facials for dogs that love to be pampered and the extremely popular Dock Dogs jumping competition, a great event to enter your dog or to just cheer on the jumpers. While some of the dock dogs are master jumpers, novice dogs are welcome to compete.

The massive festival also includes a puppy pool pavilion; a “Doggie University” tent; a caricature artist; a lure course; an interactive agility course; a puppy spa zone with doggie massages; a raffle; a vendor fair with nearly 100 local and national companies; a doggie kissing booth; “Pupcasso” art-making for pups; face painting; a Kids Zone; food trucks; and tons of unique activities for dogs and their families. Admission is $7 (no charge for kids 12 and under). Oh, howl yeah.

The event is totally family friendly. Learn more at pawpaloozacapecod.com.

In spite of the fact that Retractables are “use at your own peril” items, most people are totally unaware of the dangers.  Retractable leashes cause thousands of injuries to people and dogs– mostly rope burns, cuts and eye injuries, but even amputations. It’s easy to see the potential problems when an unpredictable dog circles the leash holder and takes off. If the 2 legged is lucky enough not to get his legs pulled out from under him, he’s still got a nasty rope burn or cut leg.  The leash wrapped around a finger while the 65 lb Lab lunges after a squirrel can easily sever the finger.

A lot of my clients have Retractables and thousands of times I’ve been asked, “What do you think of retractable leashes?” My response is to hand the dog owner the retractable and say, “I’m your dog,” holding on to the end of the leash as I walk across the room, extending it as far as it will go. Then I say, “OK, I’m Bowser, in the middle of the street and a car is bearing down on me. Reel me in! Save me!!!!!” 90% of the time I would have been smushed by the car as the dog owner was vainly trying to grab the cable and pull me in. Then I’d say, “OK, let’s see if we can save your next dog from the same fate,” and practice using it effectively.

Retractables are one hand devices. Period. Reach forward as far as your arm will go, press the lock button and pull Bowser toward you, extending your arm back as far as possible. Then, release the lock button as the retractable is reeling itself in as you are reaching forward again, locking and pulling back. Repeat this 2 or 3 times depending on the length of the leash.  Bowser will have been reeled in and safely next to you in about 3 seconds or less.

Retractables are not great devices to use on busy sidewalks or in crowds. Even if you lock it at the length of a 4 ft leash, the hand holding it is useless for anything else. It is bulky and heavy, as opposed to a leash handle which you can slip around your wrist. However, Retractables are great for the untrained dog (can’t be trusted off leash) to get more exercise on walks in uncrowded areas. I’d suggest that you attach the Retractable to an “easy walk” harness which will greatly reduce pulling and the likelihood of any injury.  Attaching it to a collar could cause a collapsed trachea if Bowser lunges the length of the leash after a squirrel, or whatever other tempting distraction catches his eye.

Tom Shelby is an expert dog trainer with a specialty in search and rescue dogs and is the author of Dog Training Diaries -Proven Expert Tips & Tricks to Live in Harmony with Your Dog.  Follow Tom on Instagram @DogTrainerDiaries and Twitter @DogTrainerDiary

Canines in the Clouds Stunt Dogs is joining us this year at Paw Palooza and we can’t wait. A team of rescue dogs who perform agility tricks, frisbee catching, intense stunts, and more, are known as Canines in the Clouds.  They travel across the country to teach people the importance of animal welfare as well as entertain us with the tricks they have learned.

Hydro, rescue pup turned celebrity and more furry pals have come together by trainer Jonathan Offi. Offi has three main goals in mind with every performance he has with his team of pups, entertain, educate, and inspire.With a passion to educate humans to be the voice of all pets,  “We believe Incredible Dogs are Well Behaved Pets and Well Behaved Pets are less likely to END UP IN SHELTERS!” and we couldn’t agree more. With some of the most intense canines in the world, they’ve been featured on Animal Planet, Late Night with David Letterman, ESPN and more!

Canines in the Clouds will perform multiple times on both Saturday and Sunday in the Paw Palooza Show Ring. Keep an eye out for their schedule on our homepage.